How (and Why) to Switch from Twitter to Mastodon

There has been a mighty departure from Twitter, and you may have seen some people and even major news sites like CNN talking about Mastodon.

But you looked at it and have no idea what’s going on.

It’s kind of tough to explain, so to get some inspiration, I went on Mastodon and asked:

“If you had one elevator ride to explain to my mom (non-techie; uses an iPad and doesn’t own a computer) what Mastodon is and how it works, how would you do it? Assume she knows what Twitter is and has used it once or twice, but is mostly a Facebook user.”

Then, I used their replies to inspire this far more in-depth post:

So, what is Mastodon?

The technical answer is:

Mastodon is a decentralized Twitter alternative built on a communications protocol called ActivityPub.

By decentralized, we mean that the servers are distributed and self-hosted by volunteers rather than “siloed” and owned by one entity.

Twitter has servers all over the world, but Twitter owns them all. They are used to run the Twitter platform. If a server goes down, another picks up the slack until it’s sorted out.

But when a single Twitter server goes down, most people won’t notice anything because so many servers are running the Twitter platform.

If the Twitter platform itself goes down, no servers are working. Everyone notices because they can’t access it at all.

With decentralization, it’s the opposite.

Mastodon as a platform can not go down, ever, as long as one server is still running somewhere.

While Twitter can choose to shut itself down, Mastodon will never go away as long as one person uses it.

But individual servers can go down and may affect your use (more on that later).

It’s more like email than anything else you’ve probably used.

With Twitter, you can only communicate with other users via the same platform.

But with email, you can have Gmail, and I can have Hotmail. They are different companies, each running its servers, but we can still communicate.

For the sake of simplicity, we can say Mastodon servers operate essentially the same way as email servers. The only difference is the communication protocol — Mastodon uses ActivityPub, and email uses SMTP (and you don’t need to know any of that to use them).

Another way to think of Mastodon servers is that each server is a town.

Many servers call themselves towns.

You can choose what town (server) you live in.

But you can still use the (information) highway (the Internet) to communicate with people in different towns.

And you can move to another town if you don’t like the one you’re in.

You can use many options of apps to access the ActivityPub ecosystem. There’s a great list here: https://fediverse.party/en/miscellaneous/.

Let’s say you and your friend decide to move to the Fediverse but want apps similar to your current preferences.

So, your friend joins Friendica, and you join Mastodon, and you can still follow each other and talk.

Even though they’re wildly different apps.

Let’s throw three more friends into the mix: a musician, a videographer, and a photographer.

Your musician friend can join Funkwhale (instead of SoundCloud), and you can follow them from Mastodon and hear their new music.

Your videographer friend can join PeerTube (instead of YouTube), and you can follow them from Mastodon and watch their new videos.

Your photographer friend can join Pixelfed (instead of Instagram), and you can follow them from Mastodon and still view their new photos.

So, if you want to know why decentralized social media like ActivityPub is better than the big siloed giants:

And they wouldn’t have to manage many accounts everywhere, either.

You don’t have to run a server.

Most people don’t run their servers.

There are tons of servers you can join for free.

Those servers are run entirely by volunteers.

Most of them operate on a per-donation basis.

They might ask for you to send them via Paypal or something.

Or some of them run Patreons and Ko-Fi’s.

My home server is Hackers.Town, which does limited-run merchandise, and the profits go towards running and upgrading server hardware.

Some smaller servers don’t ask for anything and pay out of pocket.

How to find a server.

My advice for finding a server is to start on one of the biggest ones.

Mastodon.social is run by the guy (Eugen) who created Mastodon. I recommend starting there, but since the Twitter Exodus, he’s had to close registrations for a bit.

At the same time, servers get upgraded (this is a downside to ActivityPub, but it’s pretty rare to have such sudden large spurts of user growth).

My second favorite is Mstdn.social, run by a dude named Stux.

First and foremost, I recommend getting an account on one of these. You probably won’t stay, but it’s good to keep a backup account (more on that later) on one of these, anyway.

An alternative option is to go here: https://fediverse.party/en/portal/servers/ and pick one from a category or theme you like. Categories include stuff like Academia and Journalism to Anime and Furries.

Either way, pop up an account somewhere either big, or that appeals to you categorically.

It doesn’t matter because:

Whatever you choose, make sure you read their About and TOS (usually found at [name.domain]/about, for example, https://mastodon.online/about).

What to do when you find a server you like more than the one you first chose.

The good news is, it’s relatively painless to move servers.

Go to your User Preferences, and then scroll down to the Import and export tab.

Export each CSV on the list and then Request Your Archive.

You’ll see you can only export CSVs of Follows/Following (not Followers), Lists, Blocks, Mutes, Domain Blocks, and Bookmarks.

Requesting your archive gives you your posts and any media you upload.

When you Import on the server, you are moving to; you can only import Follows/Following, Blocks, Mutes, Domain Blocks, and Bookmarks.

So, you don’t get to import everything, but this is still significantly better than what you get from Twitter, Facebook, Instagram, etc., which is that they don’t let you export and import anything if you decide to move accounts.

I do recommend leaving an account on a second server as a backup.

Update: How to migrate from one Mastodon server to another without losing followers (via Eugen himself ):

A downside to decentralized social media is that sometimes a server goes down and doesn’t have a backup to replace it immediately (like in big silo social media).

Usually, servers don’t just mysteriously disappear. They’re only down for a short while, sometimes a day.

You can hop on your backup account and still communicate with folks during that time.

This is still a bigger benefit than Twitter if you remember back to the first couple of YEARS of Twitter, where it would go down for hours, and you had no alternative because ALL accounts were down for hours at a time.

This went on for the first few YEARS (not months) of Twitter.

Three years in, we were still experiencing Twitter being down for days sometimes.

With decentralized social media, that’s not a problem. Just hop on to another server for a little bit until your main comes back on.

BONUS TIP: Many artists are making more money on Mastodon/Fediverse/ActivityPub than elsewhere.

I am one of them.

I used to put my music online for the suggested price of $7 per album and $1 per song (on Bandcamp and never got any sales.

I have a decade and a half of experience in internet marketing. I’ve used the internet to make A LOT of money for my clients.

I know what I’m doing, but selling music online is difficult, with so many musicians putting their music online now.

When I switched to Mastodon, I also set my music to Pay-What-You-Want, and Creative Commons, and posted links on my account.

I’ve had people voluntarily pay as much as $50 for an album I used to (unsuccessfully) sell for $7.

All of my sales have come from Mastodon (or elsewhere on the Fediverse, following me on Mastodon), if not from someone I know in meatspace (thanks, Mom).

BONUS TIP: Suggested use for corporations:

Every corporation should self-host a Mastodon (or other Fediverse app) server for employees to work from when representing the organization.

I recommend setting them up as a subdomain and having your employees use their accounts there whenever representing your establishment publicly on the internet. 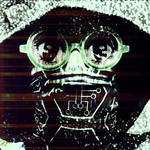 This blog has been a really long journey.

I don't have a fancy lead magnet for you.

No free ebook or checklist.

It's just a newsletter that follows my life journey.

Sign up for the newsletter to get updates on my life.

Success! Now check your email to confirm your subscription.

I've been working in digital marketing for a decade and a half, and I'm ready for a career change. This blog is my journal.

I'm going to try this #100DaysToOffload thing. This is the first post, where I will describe what it is and…